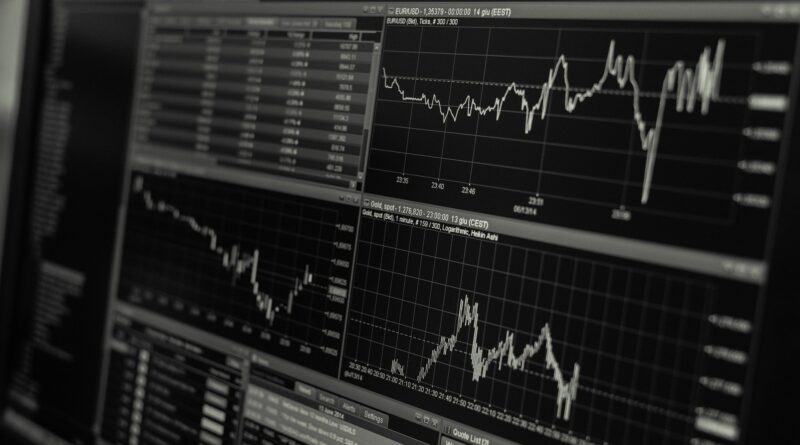 Dubai has changed dramatically over the last three decades, becoming a major business centre with a more dynamic and diversified economy. Dubai enjoys a strategic location and serves as the biggest re-exporting centre in the Middle East.Its low logistical and operational costs and excellent infrastructure, international outlook and liberal government policies are attracting investors in a big way. Activities such as trade, transport, tourism, industry and finance have shown steady growth and helped the economy to achieve a high degree of expansion and diversification.

Pre Oil Era
Dubai’s geographical proximity to Iran made it an important trade location. The town of Dubai was an important port of call for foreign tradesmen, chiefly those from Iran, many of whom eventually settled in the town. By the beginning of the 20th century, it was an important port.Dubai was known for its pearl exports until the 1930s; the pearl trade was damaged irreparably by the Great Depression in the 1930s and the innovation of cultured pearls. With the collapse of the pearling industry, Dubai fell into a deep depression and many residents starved or migrated to other parts of the Persian Gulf.
In the early days since its inception, Dubai was constantly at odds with Abu Dhabi. In 1947, a border dispute between Dubai and Abu Dhabi on the northern sector of their mutual border escalated into war. Arbitration by the British and the creation of a buffer frontier running south eastwards from the coast at Ras Hasian resulted in a temporary cessation of hostilities.

Despite a lack of oil, Dubai’s ruler from 1958, Sheikh Rashid bin Saeed Al Maktoum, used revenue from trading activities to build infrastructure. Private companies were established to build and operate infrastructure, including electricity, telephone services and both the ports and airport operators. An airport of sorts (a runway built on salt flats) was established in Dubai in the 1950s and, in 1959, the emirate’s first hotel, the Airlines Hotel, was constructed. This was followed by the Ambassador and Carlton Hotels in 1968.

On 7 April 1961, the Dubai-based MV Dara, a five thousand ton British flagged vessel that plied the route between Basra (Iraq), Kuwait and Bombay (India), was caught in unusually high winds off Dubai. Early the next morning in heavy seas off Umm al-Quwain, an explosion tore out the second class cabins and started fires. The captain gave the order to abandon ship but two lifeboats capsized and a second explosion occurred. A flotilla of small boats from Dubai, Sharjah, Ajman and Umm al-Quwain picked up survivors but in all 238 lives were lost in the disaster.

In 1962 the British Political Agent noted that “Many new houses and blocks of offices and flats are being built… the Ruler is determined, against advice [from the British] to press on with the construction of a jet airport… More and more European and Arab firms are opening up and the future looks bright.”

In 1962, with expenditure on infrastructure projects already approaching levels some thought imprudent, Sheikh Rashid approached his brother in law, the Ruler of Qatar, for a loan to build the first bridge crossing Dubai’s creek. This crossing was finished in May 1963 and was paid for by a toll levied on the crossing from the Dubai side of the creek to the Deira side.

BOAC was originally reluctant to start regular flights between Bombay and Dubai, fearing a lack of demand for seats. However, by the time the asphalt runway of Dubai Airport was constructed in 1965, opening Dubai to both regional and long haul traffic, a number of foreign airlines were competing for landing rights. In 1970 a new airport terminal building was constructed which included Dubai’s first duty-free shops.

The Oil Era
Oil was eventually discovered in territorial waters off Dubai in 1966, albeit in far smaller quantities. The first field was named ‘Fateh’ or ‘good fortune’. This led the emirate to grant concessions to international oil companies, thus leading to a massive influx of foreign workers, mainly Asians and Middle easterners. Meanwhile between 1968 and 1975 the city’s population grew by over 300%.

Over 50,000 gallon storage tanks were built, known locally as ‘Kazzans’, as part of the infrastructure for pumping and transporting oil from the Fateh field, located offshore of the Jebel Ali area of Dubai. They were welded together on the beach and then dug out and floated to drop onto the seabed at the Fateh field. These were constructed by the Chicago Bridge and Iron Company, which gave the beach its local name (Chicago Beach) until the Chicago Beach Hotel was demolished and replaced by the Jumeirah Beach Hotel in the late 1990s.

Dubai had already embarked on a period of infrastructural development and expansion. Oil revenue, flowing from 1969 onwards supported a period of growth with Sheikh Rashid embarking on a policy of building infrastructure and a diversified trading economy before the emirate’s limited reserves were depleted. Oil accounted for 24% of GDP in 1990, but had reduced to 7% of GDP by 2004.

Critically, one of the first major projects Sheikh Rashid embarked upon when oil revenue started to flow was the construction of Port Rashid, a deep water free port constructed by British company Halcrow. Originally intended to be a four-berth port, it was extended to sixteen berths as construction was ongoing. The project was an outstanding success, with shipping queuing to access the new facilities. The port was inaugurated on 5 October 1972, although its berths were each pressed into use as soon as they had been built. Port Rashid was to be further expanded in 1975 to add a further 35 berths before the larger port of Jebel Ali was constructed.

Port Rashid was the first of a swathe of projects designed to create a modern trading infrastructure, including roads, bridges, schools and hospitals.

The Union
Dubai and the other ‘trucial states’ had long been a British protectorate where the British took care of foreign policy and defence, as well as arbitrating between the rulers of the Eastern Gulf. This was to change with PM Harold Wilson’s announcement, on 16 January 1968, that all British troops were to be withdrawn from ‘East of Aden’. The decision was to pitch the coastal emirates, together with Qatar and Bahrain, into fevered negotiations to fill the political vacuum that the British withdrawal would leave behind.

The principle of union was first agreed between the ruler of Abu Dhabi, Sheikh Zayed bin Sultan Al Nahyan, and Sheikh Rashid of Dubai on 18 February 1968 meeting in an encampment at Argoub Al Sedirah, near Al Semeih, a desert stop between the two emirates. The two agreed to work towards bringing the other emirates, including Qatar and Bahrain, into the union. Over the next two years, negotiations and meetings of the rulers followed -often stormy- as a form of union was thrashed out. The nine-state union was never to recover from the October 1969 meeting where heavy-handed British intervention resulted in a walk-out by Qatar and Ras Al Khaimah. Bahrain and Qatar were to drop out of talks, leaving six emirates to agree on union on 18 July 1971.

On 2 December 1971, Dubai, together with Abu Dhabi, Sharjah, Ajman, Umm al-Quwain and Fujairah joined in the Act of Union to form the United Arab Emirates. The seventh emirate, Ras Al Khaimah, joined the UAE on 10 February 1972, following Iran’s annexation of the RAK-owned Tunbs islands.

In 1973, Dubai joined the other emirates to adopt a uniform currency: the UAE dirham. In that same year, the prior monetary union with Qatar was dissolved and the UAE Dirham was introduced throughout the Emirates.

Modern Era
During the 1970s, Dubai continued to grow from revenues generated from oil and trade, even as the city saw an influx of immigrants fleeing the Lebanese civil war. Border disputes between the emirates continued even after the formation of the UAE; it was only in 1979 that a formal compromise was reached that ended disagreements. The Jebel Ali port was established in 1979. JAFZA (Jebel Ali Free Zone) was built around the port in 1985 to provide foreign companies unrestricted import of labour and export capital. Dubai airport and the aviation industry also continued to grow.

The Gulf War of 1990 had a negative financial effect on the city, as depositors withdrew their money and traders withdrew their trade, but subsequently, the city recovered in a changing political climate and thrived. Later in the 1990s, many foreign trading communities—first from Kuwait, during the Gulf War, and later from Bahrain, during the Shia unrest—moved their businesses to Dubai. Dubai provided refuelling bases to allied forces at the Jebel Ali Free Zone during the Gulf War, and again during the 2003 Invasion of Iraq. Large increases in oil prices after the Gulf War encouraged Dubai to continue to focus on free trade and tourism. 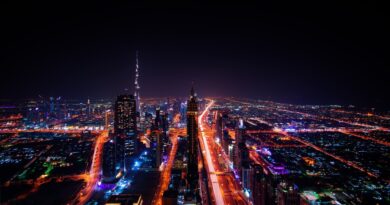 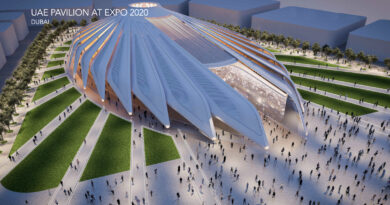 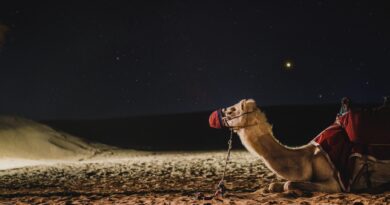