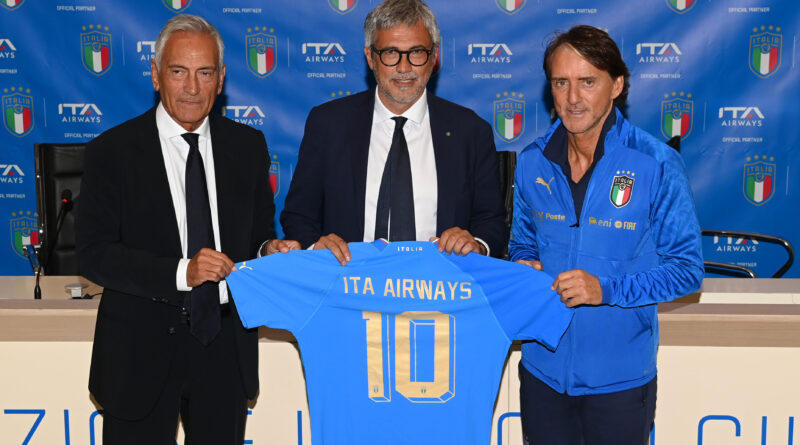 On September 22, ITA Airways launched the agreement with the Italian Football Federation (FIGC) during a press conference held at the FIGC Federal Technical Centre in Coverciano.

Fabio Lazzerini CEO of ITA Airways and Gabriele Gravina, President of the FIGC, illustrated to the press the initiatives included in the important agreement between ITA Airways and the FIGC from today until December 31, 2024. The coach of the Italian national team, Roberto Mancini was also attending the press conference.

At the very core of the collaboration between ITA Airways and the FIGC there is the common desire to develop and promote Italian sport in the world. For this reason, ITA Airways will be the official carrier of the Italian national football teams, taking care of their flights during a two-year time frame.

According to the agreement, all the National Teams, men’s, women’s, youth, futsal, beach soccer and esport will be flying on ITA Airways aircraft to reach the venues of the international competitions in which the Azzurri Teams will take part. In addition to them, the Italian Referees Association, the Technical Sector and the Youth and Scholastic Sector will also be among the beneficiaries of the agreement, which also provides special facilities for Federcalcio’s “business travel”.

According to the average data per year recorded by the FIGC in recent years, the 23 Italian national football teams fly on approximately 25 dedicated charters to/from the competition venues, mainly in Italy and Europe. These flights host around 2,800 passengers, including players, technical staff, media and partners.

In addition, there are over 13,000 individual travellers considering both the National Teams using commercial flights and referees travelling for their respective engagements.

According to the agreement officially finalized today, ITA Airways will transport over 30,000 travellers in the next 2 years (2023- 2024), including all the different FIGC users: national team players, technical staff, referees, media and guests of FIGC partners.

ITA Airways, since its birth, has linked its Brand to the world of sport to affirm its role as ambassador of Italian excellence. Blue Savoia is the colour of the Company’s new livery and aircraft dedicated to the champions of all Italian sports are flying everyday all over the world. 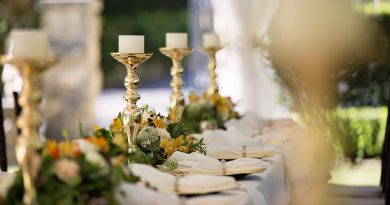 Luxury weddings, the latest tendency is the motion picture in Italy 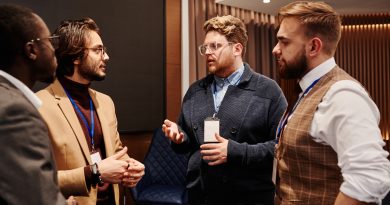 The last frontier of corporate team building? The event with the novelist

Expo 2020 Dubai, the excellence and innovation of the UAE pavilion presented by Duplomatic MS